Did you know that the number of teeth different animals have varies tremendously? And, that we are not the only species with interesting teeth? Turns out, every animal that has teeth has its own dental challenges and quirks. 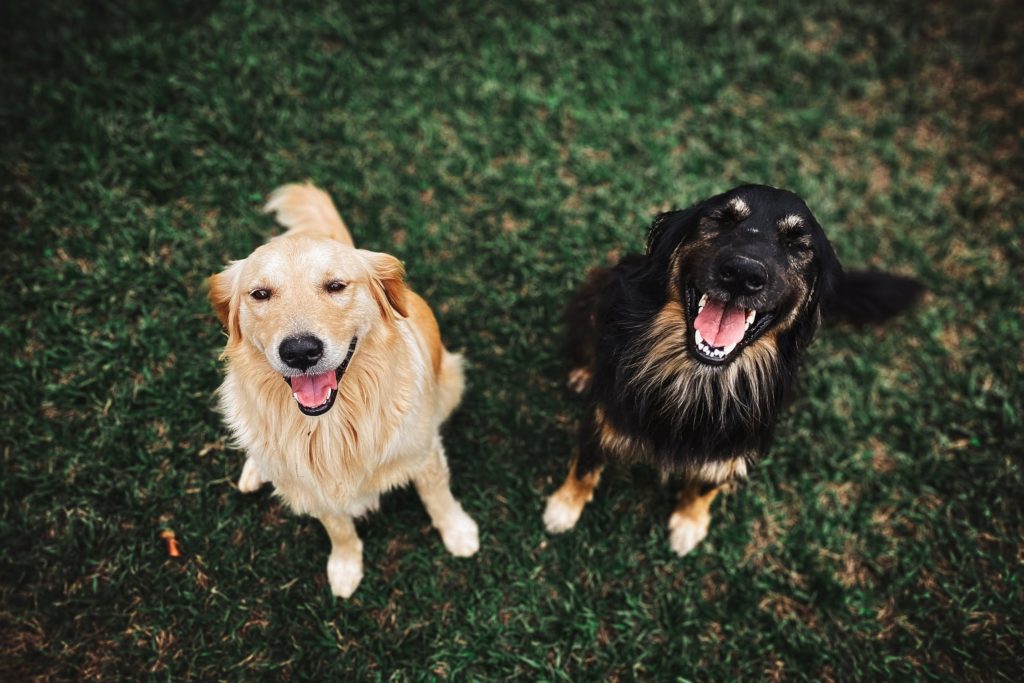 We put together some fun and fascinating facts about the teeth in dogs, dolphins, and more!

Dogs go through two sets of teeth in their lifetime; first, a set of 28 puppy teeth (sharp little milk teeth that are so amazing at ripping through flesh), and then the adult teeth (which can cause serious damage if needed) that are permanent (if taken care of), strong, and depending on the breed, can grow quite large.

While most humans have 32 adult teeth, adult dogs have 42 teeth. Just like with humans, teeth of adult dogs begin to form before birth, and later in life erupt into position as their milk counterparts are shed.

According to veterinary studies, dental disease is one of the most common disorders reported by vets, and an estimated 80 percent of dogs will develop some form of periodontal disease by the age of 2. So, if you have furry family members – take good care of their precious teeth, and overall health!

Dolphins have only one set of teeth to last their whole lifetime. The number of teeth varies considerably from species to species; the long-beaked common dolphin has the most teeth – up to 240; Risso’s dolphins have the fewest – 4-14 teeth (in their lower jaw only); Amazon River dolphins (botos) have between 100-140 teeth; and Bottlenose dolphins have 80-100 teeth.

Just like trees, dolphin’s teeth have rings inside them that can tell you their age. They don’t use their teeth for chewing, though – they swallow their food whole because they have no muscle in their jaws.

Are you ready for this? Snails actually have the most teeth of any animal – a garden snail has about 14,000 teeth while other species can have over 20,000! And, their teeth are not like regular teeth – they are arranged in rows on their tongues. What’s even more interesting is that an aquatic snail called the limpet has teeth that are the strongest known biological material on Earth, even stronger than titanium!

Giraffes have 32 teeth, just like humans. But they don’t have upper front teeth, and most of them are positioned in the back of their mouths. Giraffes use their lips and 20-foot long tongues to take leaves and twigs and grind them up with their back teeth.

There are many different types of sharks, and the number of teeth they have can vary significantly. Great white sharks have approximately 50 teeth (their “working” teeth), and some other types of sharks have over 300 teeth in various stages of development within their mouths at a time; in fact, some sharks can have over 50,000 teeth over the course of their lives!

The thing is, sharks constantly lose their teeth – usually at least one tooth per week. They are positioned in rows within their mouths that simply move forward as they lose them. 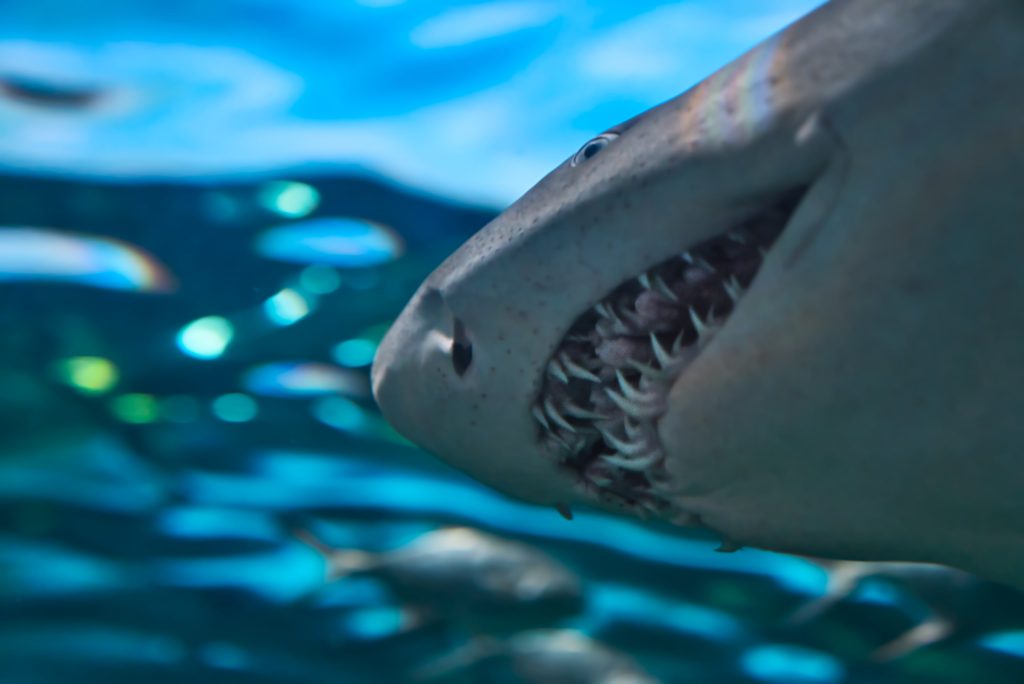 A fully developed horse of around five years of age will have 36-44 teeth, and there are up to five shapes of tooth in a horse’s mouth. Just like dogs, they have two successive sets of teeth, the deciduous (“baby teeth”) and permanent sets.

Horses can have receding gums just like humans; as they age, their gums recede and expose more of their teeth, making it look like they’re actually growing.

Even though they’re the largest mammals in the world, blue whales actually have no teeth!

Instead, they have bristle-like filters called baleen, which comb through the water for food; and since they only eat tiny shrimp called krill, they really don’t need teeth.

Finally, a general fact: most animals don’t get cavities because their diets are not high in sugar, plus they also chew on more hard or rough materials (such as bone or tree bark) than humans do, which help to keep their teeth strong and clean.

At Smiles By Stevens, we understand that each being and each set of teeth is unique, but one thing is for sure – no matter whose teeth, healthy teeth are essential!

Latest advancements in technologies, equipment, and materials are significantly redefining restorative and reconstructive dentistry. Our dental treatments can restore optimal health and function of your teeth and gums while also addressing your dental cosmetic concerns. We incorporate a variety of procedures and artistic perspective treatments and offer custom smile makeovers tailored to your needs and goals.

Dr. Shea F. Stevens specializes in general, cosmetic, and implant dentistry and was recently named one of PA’s top 20 dentists. For Dr. Stevens and his team, greatest satisfaction comes from creating or restoring a healthy, attractive, and confident smile for you!